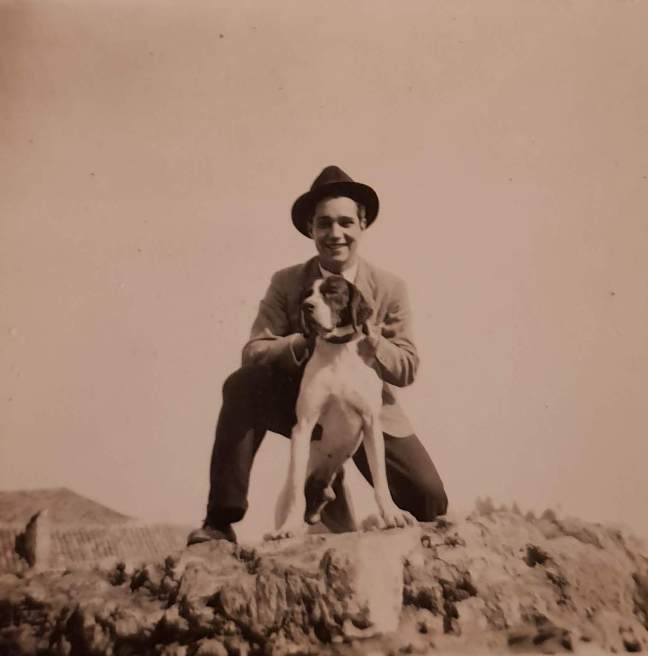 This was Lisbon in the early 40’s. Sitting in a garden bench near Baixa, probably in Avenida da Liberdade, a normal stop within his route, Amadeu sinks his head in his hands and contemplates what he perceives to be his lowest point. During his lunch break with barely any food, his growling stomach is inaudible for him. The breeze has an adverse affect in enhancing the sound of thoughts running through his head. An overwhelming feeling of fear and doubt entices him to question his choices while glazing at a blurry future.

He has risked everything to follow his dream of a better life, including his father’s help. He has harnessed all his knowledge, his life work, the sacrifices he has made to reach this moment but the desired outcome is shy to arrive. In this sunny afternoon in Lisbon, Amadeu contemplates regret and questions his sense of worth… It was not lack of effort, persistence, or knowledge that was causing his business to fail.

How scary must have been, 13 years earlier at the age of 11, to leave a small village in Beira Alta and hit the 350km path alone to the big city in search of a better life. He was on his way to work for an uncle as a delivery boy for a grocery shop, not sure where he was going to sleep, and no longer with the warmth of a home filled with the laughter of his siblings and mom.

Highly independent at age of 13, he keenly observed the wealthy customers and the homes he delivered to. Amadeu spoke about how much he admired these customers, and how much he wished to be as successful as they were. It was not an admiration deprived of substance, my grandfather was the most humble man I have known, but rather an admiration that would motivate him to do more, to be better and ultimately to fulfill the reason why he came to Lisbon at such a young age. During his first years in Lisbon, Amadeu truly became a survivor and as observant as a detective. He had to grow fast, and learn to be self-sustainable, a lifeskill never deprived of stubbornness and persistence. To make extra money, my grandfather collected lost coins along the tram line in Avenida da Républica and Avenida da Liberdade. The Tram was often overcrowded, with people hanging outside. The bumps on the ride would cause coins to fly out and into the ground. Amadeu would screen both Avenues in search for lost “tostões”. Sometimes he would make more than his daily pay wage.

An old friend passes by the bench. “Amadeu, It is good to see you… You look unwell, is everything alright?”. With a smile, my grandfather ensure his old friend all was good. This random moment was a turning point for my grandfather. Despite the difficulties and what it seemed like a dead end, it strike him “How can I thrive in business if I show weakness? I need to keep pushing, and I cannot show weakness because it will attract more weakness!”.

My grandfather tells this story with a strength and determination that my father very emotionally speaks about.

A few years later, the same friend finds him working in his first shop in Abade Faria. “Amadeu, you work here? How have you been?” My grandfather proudly states this is his business. “Your business? This is all yours? With all these people? My god Amadeu, you are thriving!”.